In October of 2009, as I was finishing up my last East Africa tour for SCI and was vacationing in Ireland, I got a phone call requesting my participation in a solar cooking evaluation in Chad for a local nonprofit called TchadSolaire. It was a chance I couldn't pass up, and I gladly jumped a plane to Brussels to get my visa & necessary paperwork sorted out. A few days later I was on a plane to Chad with 5 other evaluators, each chosen for their relative experience in solar cooking around the globe. For three weeks we collaborated, accumulated statistics and held interviews with refugees in the camp. In the end, the six of us were able to put together an unbiased and accurate synopsis of the solar cooking project in the Touloum Refugee Camp, which you can find on my website under the Work tab, if interested. 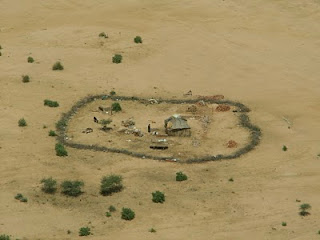 Aerial view of the refugee camp from the small UN commuter plane. 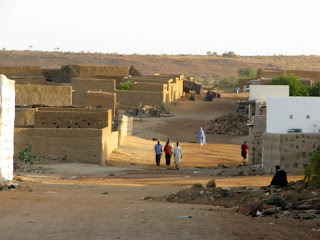 The 'town' of Iriba, which is not so much a town as an outcrop of the refugee camp itself, housing mainly military and government workers, along with a smattering of local people. 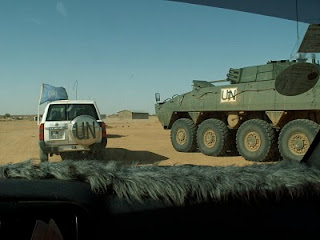 Military is required to escort anyone traveling the 15K or so to the refugee camp due to random renegade thieves. (AFTER I returned to the States I learned that Eastern Chad is one of the most dangerous places in the world... I might have been a little more freaked out by the daily precautions had I known). 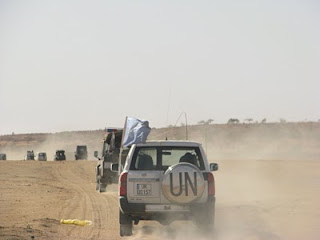 A caravan of about 30 cars consisting mainly of development workers, medical personnel and military, follows each other out every day at 8am, & comes back @ 4 or 5p. The terrain is awful, and we got stuck in the sand more than once. I never believed how sandy central Africa was until I experienced it first hand ~ the sand is so light & fine that it seems to get into everything, & when it's windy it's worse than going out in the rain. Hence the clothing, but isn't it gorgeous?! 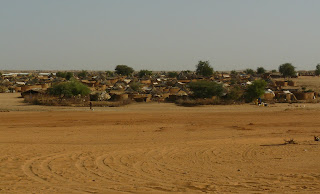 A shot of the camp from the 'HQ' building ~ rather than the tents and squalor you see in the news and movies, the Touloum Refugee Camp is more like a large village with closely built housing and neighborhoods... while people live more closely together than they would outside the camp, every home seems to have ample space and very big courtyards, with regular huts rather than tents, and areas are kept very neat. Really it just seemed like a big, organized village, with happy kids running around, an outdoor market and everyone doing their job. 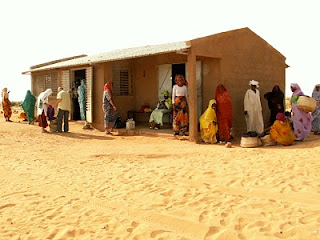 The Headquarters for the TchadSolaire workers, this is where the trainers are trained, where refugee workers make solar cookers, and meetings are held about ways to move forward. 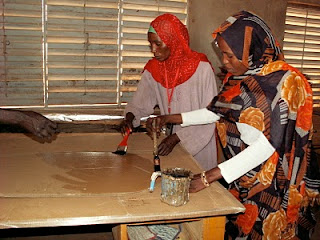 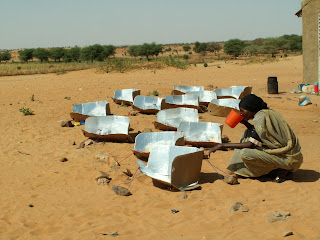 A refugee worker drinking water as she tends the solar cookers in front of HQ. 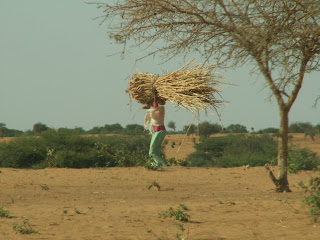 As everywhere else in thre rural areas of Africa, women walk many miles everyday to collect firewood for cooking and treating water. 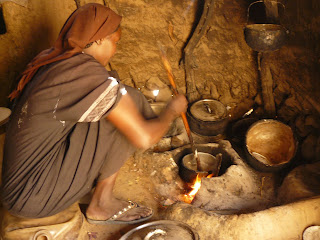 Normally the methods of cooking leave a lot to be desired, with indoor kitchens emitting smoke from firewood directly into the lungs of the cooks, and normally their children as well. Indoor air pollution is the leading causes of lung disease in Africa. But aside from the respiratory problems induced by cooking with wood, women and girls often face the possibility of attack, rape or even death when they venture outside the camp to gather wood, which is a necessity despite the wood rations provided by UNHCR each week. 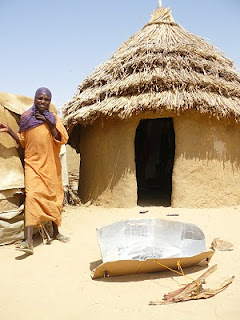 Cooking with a solar cooker reduces the amount of wood that needs to be gathered each week, and significantly improves the respiratory health and safety of the women and young girls who live in the camp. 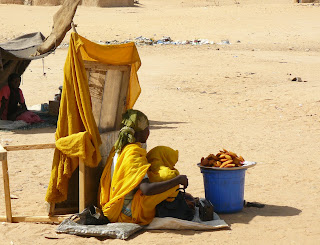 While solar cooking takes about twice as long as conventional methods, this woman can engage in other activities like making crafts to sell in the market, rather than spending hours each day looking for firewood and risking her life in the process. 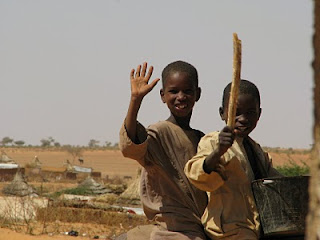 Kids begin helping their mothers gather firewood and water early in life, and they are also at risk when forced to leave the camp. 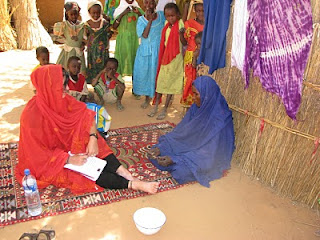 We spent the majority of our days during the three weeks in the camp, interviewing women who regularly engage in solar cooking, and gathering their opinions on the benefits and procedures. 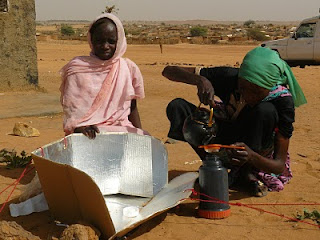 A woman makes tea from a solar cooker for our visit. 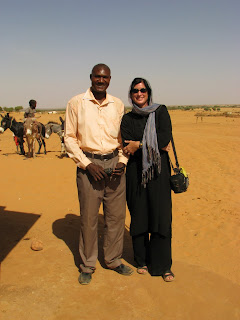 Each of the evaluators was assigned an interpreter, who interpreted the villagers' Arabic into French for us, and sometimes it was necessary to get an interpreter for the interpreter when a villager spoke only their local language from Sudan. Due to the language barriers, we kept the interviews as simple as possible to avoid losing sentiment in translation. 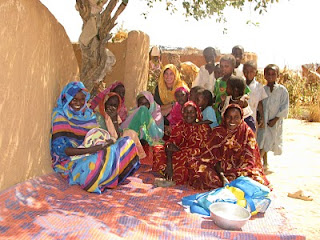 Most of the people we interviewed were kind and forthcoming with their opinions on the solar cooking project, allowing us to produce what I hope is an accurate an unbiased account of the procedures and effectiveness of the solar cookers in the camp. 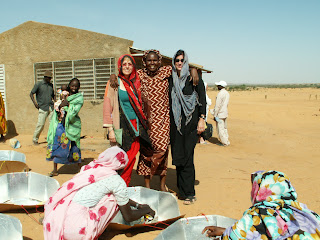 Pat McArdle, Marie-Rose Neloum (TchadSolaire's second in command) and myself. 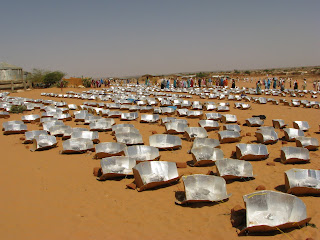 An impressive display of most of the solar cookers in the camp, put out for a grand celebration for us and TchadSolaire just before we left. 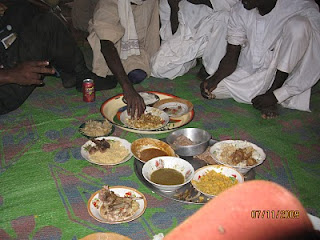 A solar cooked feast, fed to the men first, of course. As you can imagine, there was plenty of food for the entire camp.

A video of the vastness. 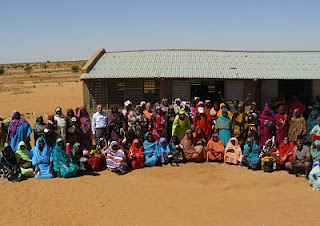