I recently returned to East Africa in January of 2009 with the intention of promoting current and future International Development programs and partnerships, contribute to a workshop in Tanzania with SCI’s East Africa trainers, and collaborate with East Africa Director and Staff about the direction of current programs and plans for expansion of SCI's Sunny Solutions and newly established Kenya offices.


In Kenya I met extensively with SCI's Nairobi staff, as well as assisting in a local solar cooking demonstration in the Kangemi Slum outside Nairobi, which was inspiring due to the large number of excited orphans in the charge of the Hamomi Children’s Centre, but also because this solar demo provided the first lunch these children had received at school in months. Since both food and firewood has increased in price due to recent economic crises, it has been not been possible for the Hamomi Centre’s administrators to purchase both fuel-wood and food for these 30+ students everyday. The Hamomi Children’s Centre kept a box cooker, two CooKits and two Hay Baskets when we left, which will enable them to cook food with the power of the sun and allow them to buy rice and beans for the children’s new lunch program. To see the looks of delight on the faces of these underpriveledged kids, and to know that they will now receive a nutritious solar cooked lunch on a regular basis thanks to the help of solar cookers and integrated cooking methods, well that’s what it’s all about. 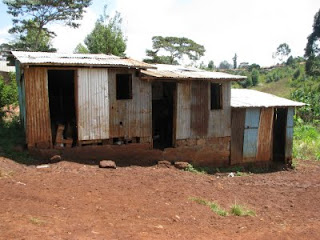 Dozens of orphans and displaced kids are educated at the Hamomi Children's Centre in this small 3-room classroom. 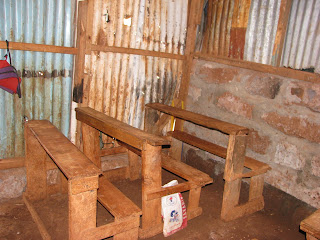 This single room houses over 30 children per class on a daily basis, with a maximum of 8 benches as seen here, in the baking hot sun under hot tin roofs. 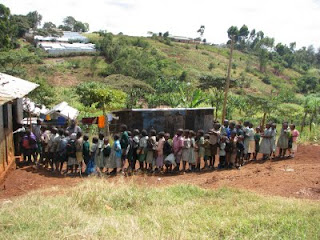 This is the first meal that's been served at the school in months, since there is not enough money to buy both food and fuel for cooking. 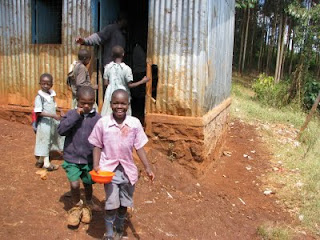 Now that they're cooking with the sun, the two single fathers who founded the Hamomi Children's Centre can afford to feed these kids lunch on a daily basis.


During my time in Kenya I had the opportunity to visit one of SCI/EA’s newest offices in Machakos (about an hour southeast of Nairobi) and assist in a demo / training for single mothers at a women’s group house. This group of about 20 single mothers reside in a common domicile, each having at least one child and normally two or three. It is a nice facility with a large number of western toys donated by local NGO’s, and the women were eager to learn a new and inexpensive cooking and water treatment technology that would relieve some of their daily burden and expenses. The day long training session included not only instruction on how to cook food with a solar cooker, but how to make CooKits and train others, as well as how to pasteurize contaminated water for storage in water tanks already present on the compound. It was uplifting to leave this group of strong and independent women with the ability to cook daily meals without needing to walk half the day for firewood, but also to ensure that they will have adequate food and safe water for their children, in addition to more time to bring in income, furthering their independence and ensuring the well-being of their families. 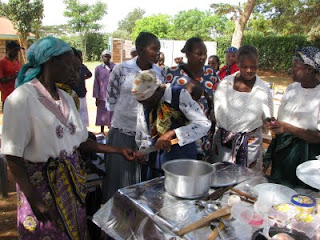 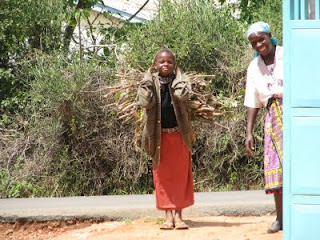 Curious girl on her way home from gathering wood, gets an idea of what she could be doing with her time instead.

Posted by Anonymous at 1:48 PM